While the idyll of Romantic era songs may be gone, creative artists in Germany still explore the forest today – critically, ironically and with an eye to history.

The name Joseph Beuys conjures up fat, felt and rabbits – materials and motifs that appear in many of his best-known works. Perhaps the artist’s single more famous work was his tree-planting campaign during the documenta 7 exhibition of contemporary art in Kassel. In 1982, the piece sought to transform the entire urban space into an artistic stage with 7,000 oak trees. This could also be considered an especially sustainable social sculpture, since anyone who donated 500 German marks (around 250 euros) to the project was allowed to plant a little sapling that has matured into a respectable deciduous tree over the past four decades. The artist, who would have celebrated his 100th birthday in May 2021, succeeded in his ecological coup. To this day, Beuys’ Stadverwaldung (City Forestation) counts as one of the most extensive examples of German land art with worldwide recognition.

It was by no means certain that artists would again take up trees and forests in the second half of the past century. After the perfidious instrumentalisation of the German forest by the National Socialists, it had become a taboo for representatives of the avant-garde. Lumberjacks occasional featured in the socialist realism of the German Democratic Republic, but nature only served as a backdrop. Evoking a sylvan idyll was left to trivial or local art in both East and West Germany, especially given that a very limited audience enjoyed contemplating likenesses of grunting deer and mountain forests crisscrossed by brooks above the settee. This kitschy portrayal was in keeping with the idealised world reflected in films like Der Förster vom Silberwald (The Forester of Silver Woods) and Jäger von Fall (Hunter from Fall) from the Heimatfilm genre and preferred by an older clientele.

Artists who explored the concept of forest in their work generally had something else in mind. Like Anselm Kiefer, who in the 1970s critically questioned the myths associated with woodland. It was no accident that he chose Hermann’s Battle in the Teutoburg Forest, a glorious victory for the Germanic tribes and horrifyingly misappropriated by the Nazis, as the subject for his series Wege der Weltweisheit: Die Hermannsschlacht (The Paths of World Wisdom: Hermann’s Battle) and combined depictions of a dilapidated forest with great figures from German intellectual history. Ralf Kerbach, who was expelled from the GDR in 1982, portrayed the severed heads of German poets “enthroned” on tree stumps. And while it may be a coincidence that the first subject Georg Baselitz turned upside down was a forest in 1969 – the painting Der Wald auf dem Kopf (The Woods on its Head) was followed by many other inverted motifs that made him famous – this inversion can be seen as the upending of old ideas of this locus of longing and power. Especially since the forest would soon suffer real ailments: In the 1980s, acid rain was not only eating its way through bark of trees; it was also burrowing into the nation’s consciousness.

When people talk about the forest today – and this is true of both literature and film – they speak from a place of fracture, either ironically or in connection to ongoing environmental destruction. No evocation of nationalism here. And when artist Eldar Farber, who commutes between Berlin and Tel Aviv, creates seemingly romantically signified forest landscapes, it is important to remember that his family survived the Holocaust and that his imaginings were shaped by their stories. Munich painter Ilana Lewitan is processing the fate of her father, who was able to flee the Nazis by hiding in a thicket. Yet Lewitan’s barren tree giants seem threatening, like gangs of murderers circling in an aggressive swagger. Sanctuary and horror collide in the forest as in a thriller. This ambivalence, which tends to the extreme in crime, makes the forest the most eerily mysterious setting of all, linked to the topos of the wilderness, the monstrous, but also of the primal, where human beings can retreat and become one with nature.

About life as a wolf: In the film “Wild” directed by Nicolette Krebitz, the protagonist follows a wolf to embark on a life in the wilderness | Photo (detail): © picture alliance/ZB/Jens Kalaene

In the final analysis, this is inextricably linked to deliberate flight from civilization, as captured in numerous documentaries about modern hermits and dropouts. Director Nicolette Krebitz has taken this to a disturbing extreme. Her film Wild (2016) features young IT specialist Ania, who captures a wolf and eventually follows the predator into the woods after days of instinct-driven, completely irrational togetherness in her flat. This would have been followed by “where her soul found peace” in the poems of Romanticism. But this forest has long since languished in poetry as well.

PLACE OF LONGING AND CLUB FOREST

According to poet Günter Kunert, who passed in 2019, it gave its “last performance” in the 1980s (Der deutsche Wald gibt seine letzte Vorstellung; the German Forest Gives its Last Performance published in the illustrated book Der Wald). Nature poetry had already been accused of harmlessness and been politically as well as morally charged by writers such as Hans Magnus Enzensberger and Günter Eich. In Ingeborg Bachmann, moreover, Entfremdung (Estrangment) manifests in verses such as “within the trees I can no longer see any trees”. At the same time, the forest remains a mirror of states of mind; nowhere else are trees the subject of so much emotional discussion as in Germany. 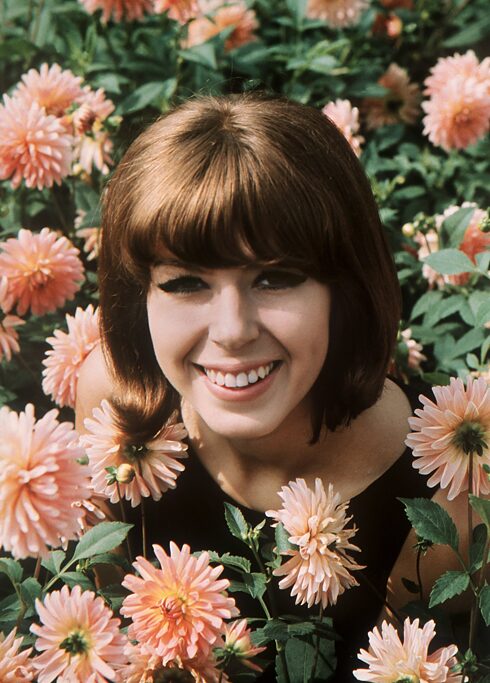 Only here could Alexandra’s sad song about a “dead tree” (Mein Freund der Baum, My Friend the Tree, 1968) work its way up the charts well before the conservation movement took off. And only here could the forest go clubbing. Wolfgang Voigt, one of the most important contributors to the techno scene, wanted to create German pop music with an album like Königsforst (1998). Along with sonic homages to Richard Wagner, the music allowed the forest to re-emerge as a more or less ironically conceived place of longing.

Heading into the pines can also take a classical twist: in the late 1970s, Russian-German composer Sofia Gubaidulina captured the Klänge des Waldes (Sounds of the Forest) playfully with great skill. In contrast, Klaus Lang understood it primarily as an idea in his 2006 piece for musical theatre fichten (spruces). Stage designer Claudia Doderer created an abstract forest for the piece that the audience could wander through or simply stop and listen – turning taking a walk into an adventure of the mind.

The forest has remained a projection screen and has become intwined with fears about the future, climate change and the destruction of livelihoods. Yet, it also stands for tranquillity and simplicity. Dutch artist Herman de Vries has lived in the Franconian Steiger Forest for 50 years. His art made of roots and leaves practically fall at his feet, and he doesn’t have to imbue them with meaning: “Nature is enough for itself and should also be enough for human beings”, is the credo of the almost 90-year-old. That would certainly be best for the forest.

The art made of leaves and roots by Dutch artist Herman de Vries practically fall at his feet: a detail from “40 Gräser der Vegetation” (40 Grasses of Vegetation, 2007) in “herman de vries - all all all werke 1957 -...” exhibition.  | Photo (detail): © picture alliance/dpa/dpa-Zentralbild/Bodo Schackow

An art historian that writes about topics from the colorful realms of culture. Her main focus is on art, architecture and classical music, but she also enjoys a well-made graphic novel in between. She lives and works in Munich.