Exhibition: Wilderness, while we were dancing

19.11.2022 – 30.4.2023
Address: Galéria Jozefa Kollára, Nám. Sv. Trojice 8, Banská Štiavnica
Coorganizer: Slovenské banské múzeum
--------------------------------------------------------------
The climate crisis brings many questions without straightforward and satisfying answers. Everything about it tends to be evaluated primarily in the context of one's own life. We have all (within the framework of the popular psychological theory of the stages of grief) gone through or are going through stages of denial, anger, depression and bargaining. But have we crossed the threshold to a state of reconciliation? And is there still any hope for us hidden in it? It turns out that the greatest obstacle to saving the planet for man, is man himself. His behaviour, his unwillingness to give up his own achievements, comforts and illusions about himself and society. Our home is the world, planet Earth - more precisely, how we perceive and experience it. Our oeikos is essentially the human illusion of the world and its order, which is why our oeikology (ecology) is first and foremost a doctrine about us. About what we think of as nature, naturalness, where the boundaries of civilization lie for us and where wilderness begins. We examine what scares us about it, what reassures us, as long as we are still sure of our steps, and where we are already losing ground. The wilderness is always the latter, the other. In the human world of concepts, the wilderness is beyond the walls of our homes, beyond the boundaries of safety, where we don't know it anymore (or yet).

Wilderness is the chaotic, the unknowable, the untamed, the uncontrollable, the excessive, the incomprehensible, the indescribable. That which is dangerous. But if that is indeed the case, then why is the ecosystem in imbalance because of human attempts to control nature and irreversibly deplete its resources? Why is our culture, warmth, comfort, speed, clothing, food, or a solid and safe abode suddenly the cause of planetary chaos? It is as if everything is turning against us. But what if the real threat - the real wilderness - is hidden within ourselves? In our attitude towards animals, plants, water and air, our inability to admit our excesses, our irrational denial of facts and our perpetual cognitive dissonance (after all, why don't we protect nature, on which we depend?).

We are looking for boundaries, definitions, possibilities of its preservation (the natural one), but also its control (the human one). Because the real WILDERNESS is not beyond the limits of our comfort, it is right at its core. The WILDNESS we observe together is not lurking deep in the mountains or at sea, it is found in man, in his relationships, inverted values, confused concepts, confused causes and effects, information noises, rewritten histories and unwillingness to look into the future. Through art, we attempt to reflect these phenomena and, in common discussions, to chart a path to navigate life on the planet through the wilderness of civilization to safer waters. We address the topic of anthropocentrism, its origins and the question of the solidity of the arguments in its defense, tribal identities and the resulting social upheavals, information overload and the associated confusion and successful disinformation campaigns, the history of man and his reason, as well as wild entertainment as a tool for the release of repressed emotions and thoughts, the subconsciously hidden but also consciously concealed nature of man. We want to search for points where we as humanity are still capable of consensus, to identify and classify the fallacies we live in, to try to break down (or at least to break down) the barriers that separate us from each other and prevent mutual understanding. Because only self-reflection and a consensual effort to improve the situation can take us through a threat the likes of which humanity has never faced before.

The Wilderness / While We Were Dancing

The protagonist of our story is a man and his inner experience of the threat of climate catastrophe. We watch as humanity succumbs to the displacement of ecological problems, akin to the proverbial music on the Titanic, giving us the hope of fools to the last moment. And it's up to us whether we dismiss it as mere selfishness and hedonism, or embrace it as the only survival strategy for our species. The joint spatial installation of projections and objects by Peter Barényi, Pavel Hovanec and Gabriela Zigova is an immersion in living for the present moment, a celebration of the celebration and (pseudo-)savagery that our civilized life offers us (and alternately forbids). Today, we watch as the high hopes and beliefs in the democratizing and uplifting possibilities of the internet have become a nightmare of information chaos and humanity's descent deeper and deeper into uncertainty, disruption, and collective madness. Tomas Rafa's video projection is a mosaic-like portrait of homo-sapiens in a situation where they let these social-psychological phenomena run free. The climate crisis is subject to one of the most powerful and longest-running disinformation campaigns in history. This is one of the reasons why humanity's response has been too lukewarm and too late. Martin Špirc's pseudo-museum anthropological installation at the end of the exhibition seeks the point in human history at which it went wrong, when man became separated from the wilderness and lost his due to his natural environment. 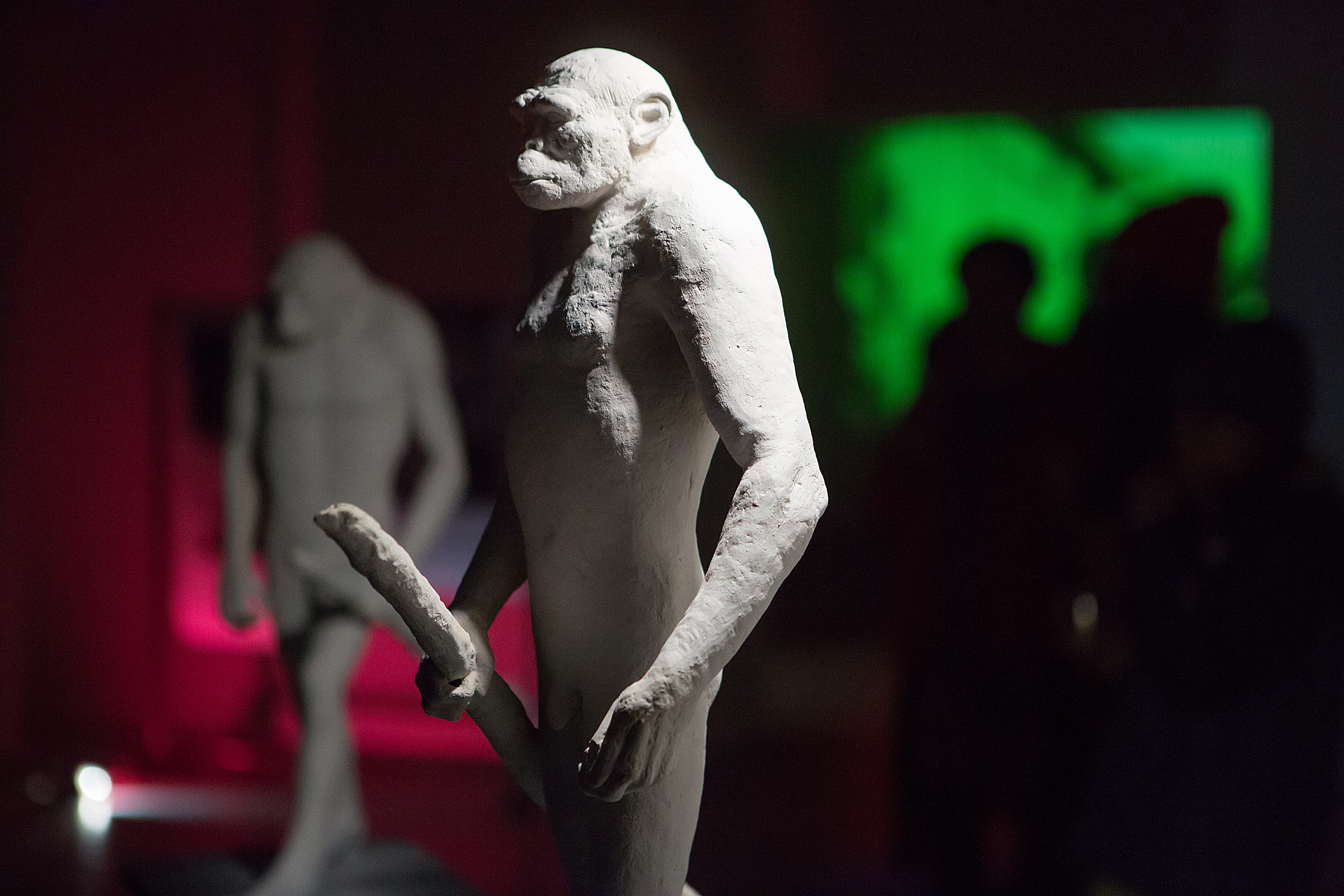 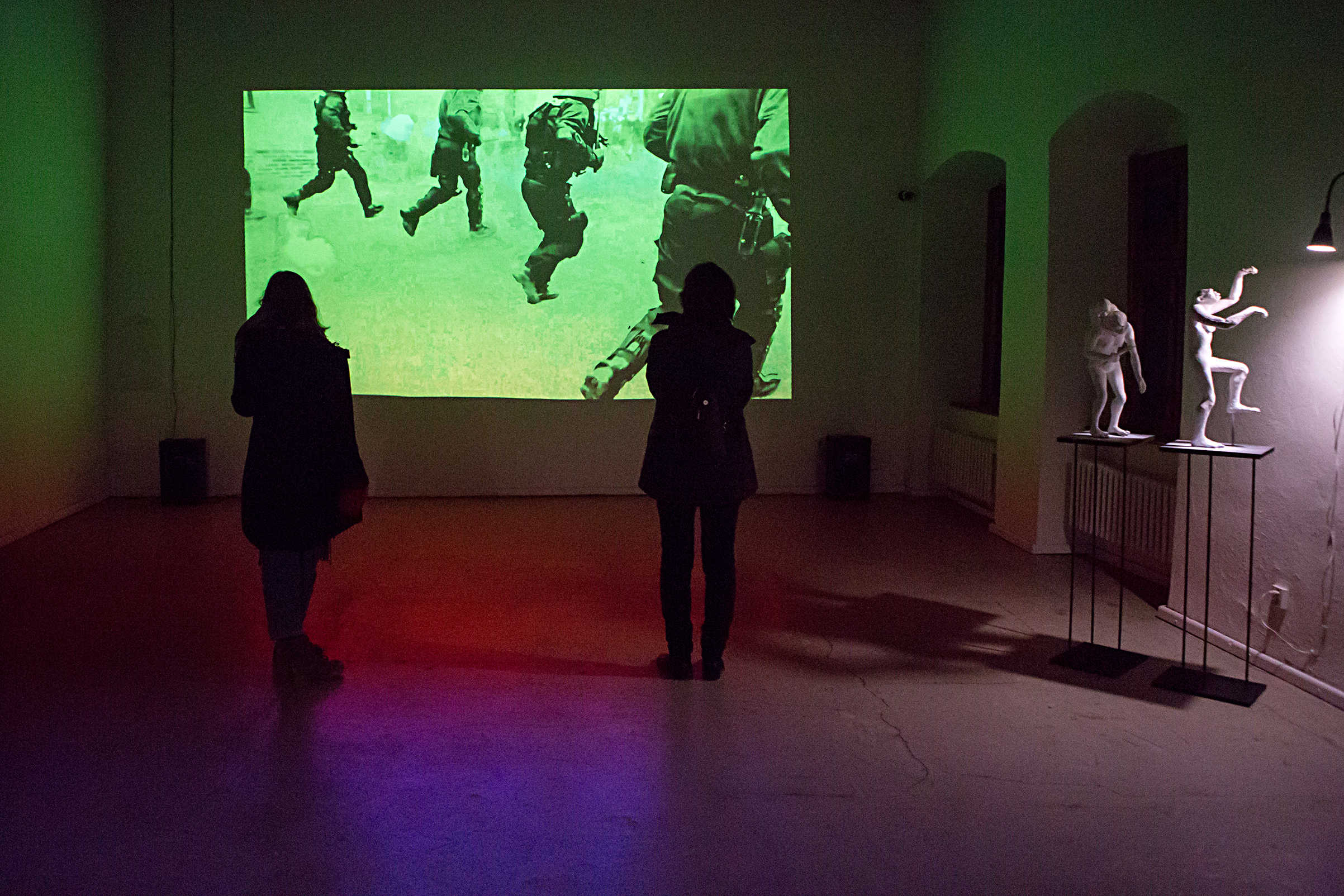 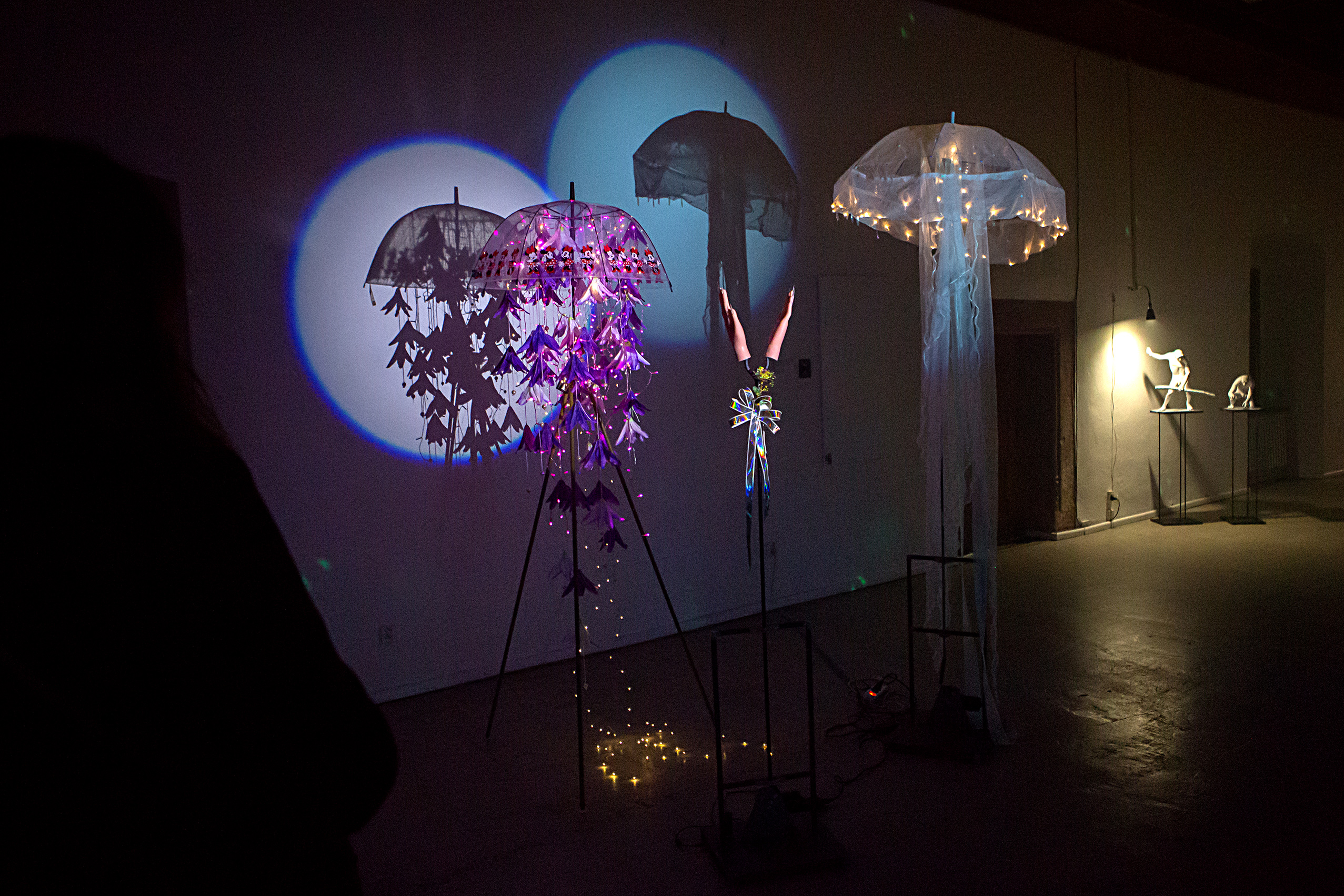 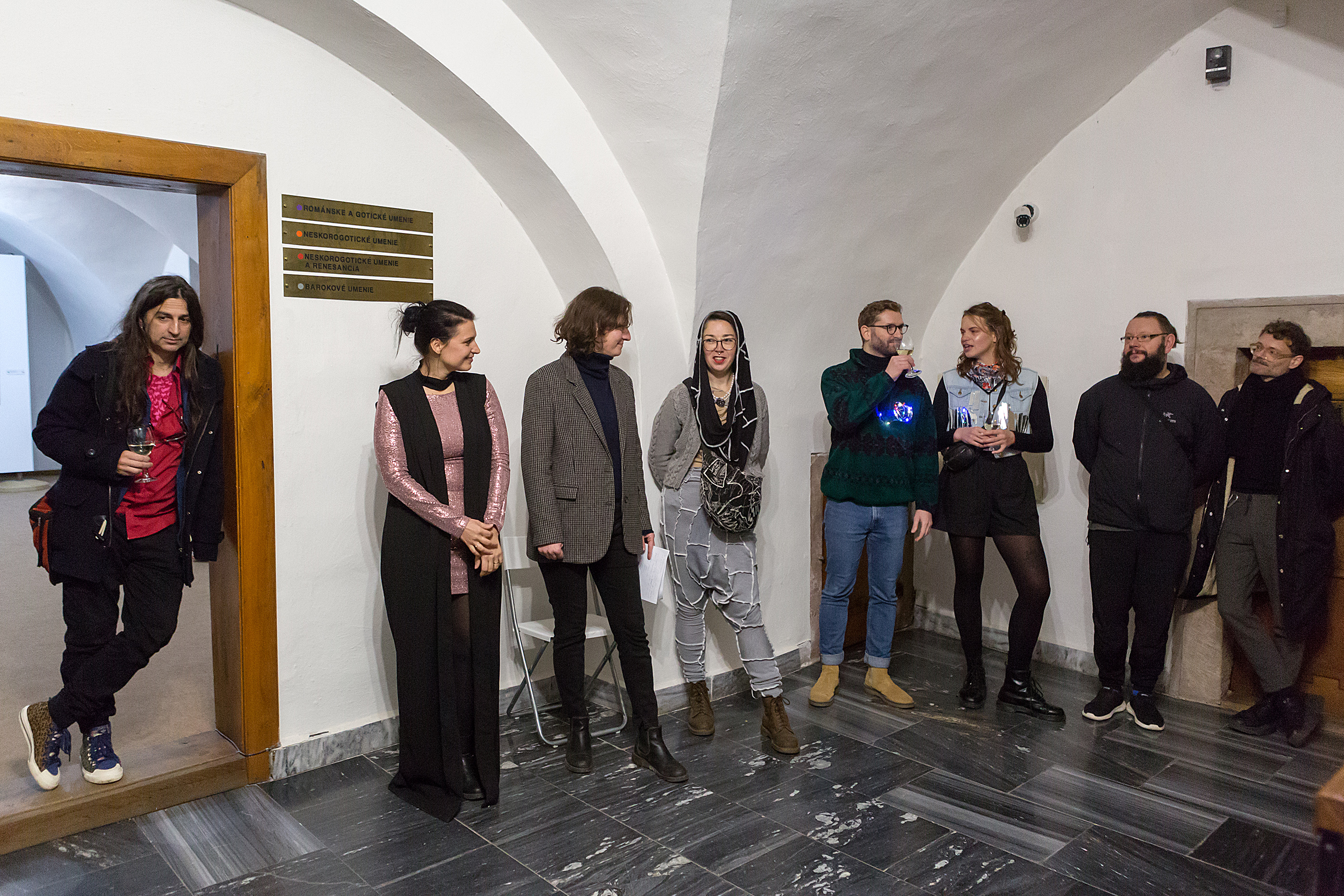